Enigma Machine in the Museum of Technology of Warsaw

The Museum of Technology of Warsaw is located in the Palace of Culture and Science of Warsaw. This building is the tallest one in Poland (231 m.) and one of the most polemical symbols in this country. The construction started in 1952 (to 1955) and it was a present from Joseph Stalin and the U.S.S.R. authorities to the Polish people so it’s easy to imagine why there are a lot of people who don’t like it.

I’ve been searching for the net but I’ve not been able to find the names and representations of all these sculptures but this image is very familiar for us, isn’t it? It’s Copernicus! And which book is he reading? Look at the orbits! 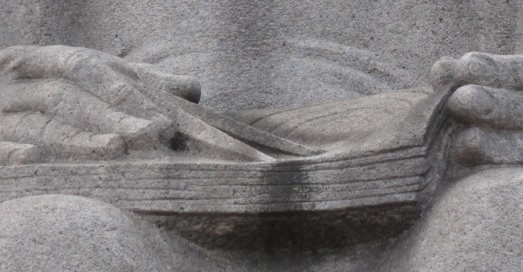 The museum is in one of its corners and it is not so big. There are a lot of old cars, bikes, motorbikes and some old objects as telephones, radios,… and, of course, a calculator:

The Enigma machine is in the first floor next to the telephones: 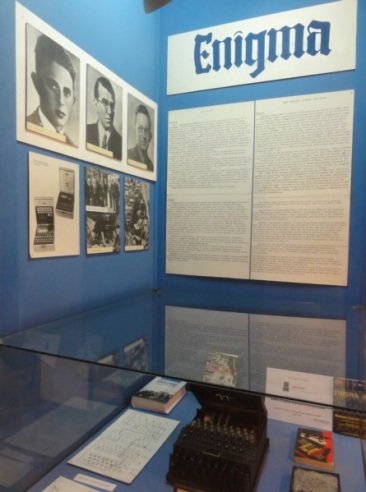 Machine cypher was introduced in Germany at the end of the 1920s, and in 1933-34 the cipher communication system was adopted by the Third Reich.

In 1929 the Cipher Department of the Polish Army’s Headquarters organized in Poznan a training for cryptologists, and some time later set up its agency there. Soon the agency’s most clever mathematicians were transferred to Warsaw. Among them were: Marian Rejewski (right), Jerzy Rozycki (left), and Henryk Zygalski (middle). 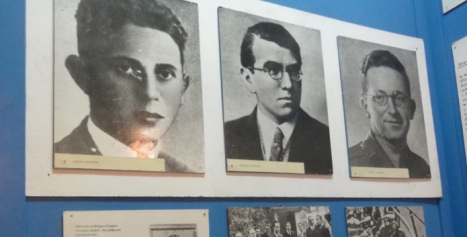 This team set to work on the Enigma’s cipher with the application of mathematical methods, permutations in particular, and their previous experience of working on German ciphers. Cooperation with French radio intelligence was helpful, too. The Enigma’s cipher was ultimately broken at the end of 1933 and the beginning of 1934. In the process of deciphering scientists employed machines of their own design (similar to Enigma) produced by the AVA Fadiotechnical Factory. They also built a cycle counter and a cryptological bomb which were used in solving alterating cipher keys. 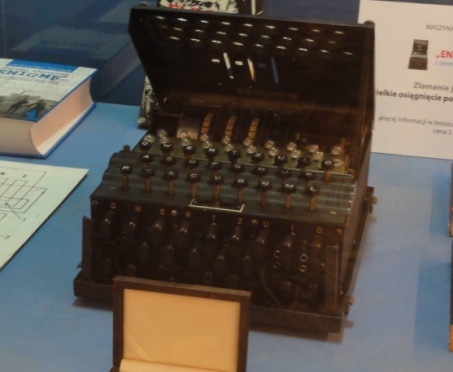 In the face of the incoming war the method of breaking ciphers together with the machine and the whole documentation was in July 1939 passed on France and Britain, where Enigma’s cipher was still not deciphered.

In September 1939 secrets of the Cipher Department were scrupulous obliterated, and the whole staff was evacuated to France. Rozycki was killed there and after the war Zygalski remained in England and Rejewski returned to Poland.

The riddle of the Enigma remained unrevealed for a long time. The first publication concerning this subject appeared in 1967 in Poland (W.Kozaczuk’s “Battle for Mysteries”). However, it was a book by G.Bertrand, the former head of French radio intelligence, that won a widespread fame after its publication in France in 1973 and triggered many other publications all over the world. While Bertrand (advocate of the idea of the Polish-French cooperation in the 1930s and 1940s) pointed Polish scientists as the authors of the success in breaking the Enigma cipher, some time later the English credired themselves with this achievement.

So… WAS ALAN TURING THE ENIGMA BREAKER?

The Enigma machine on display dated back to the end of the 1930s and was used in the Wehrmacht.